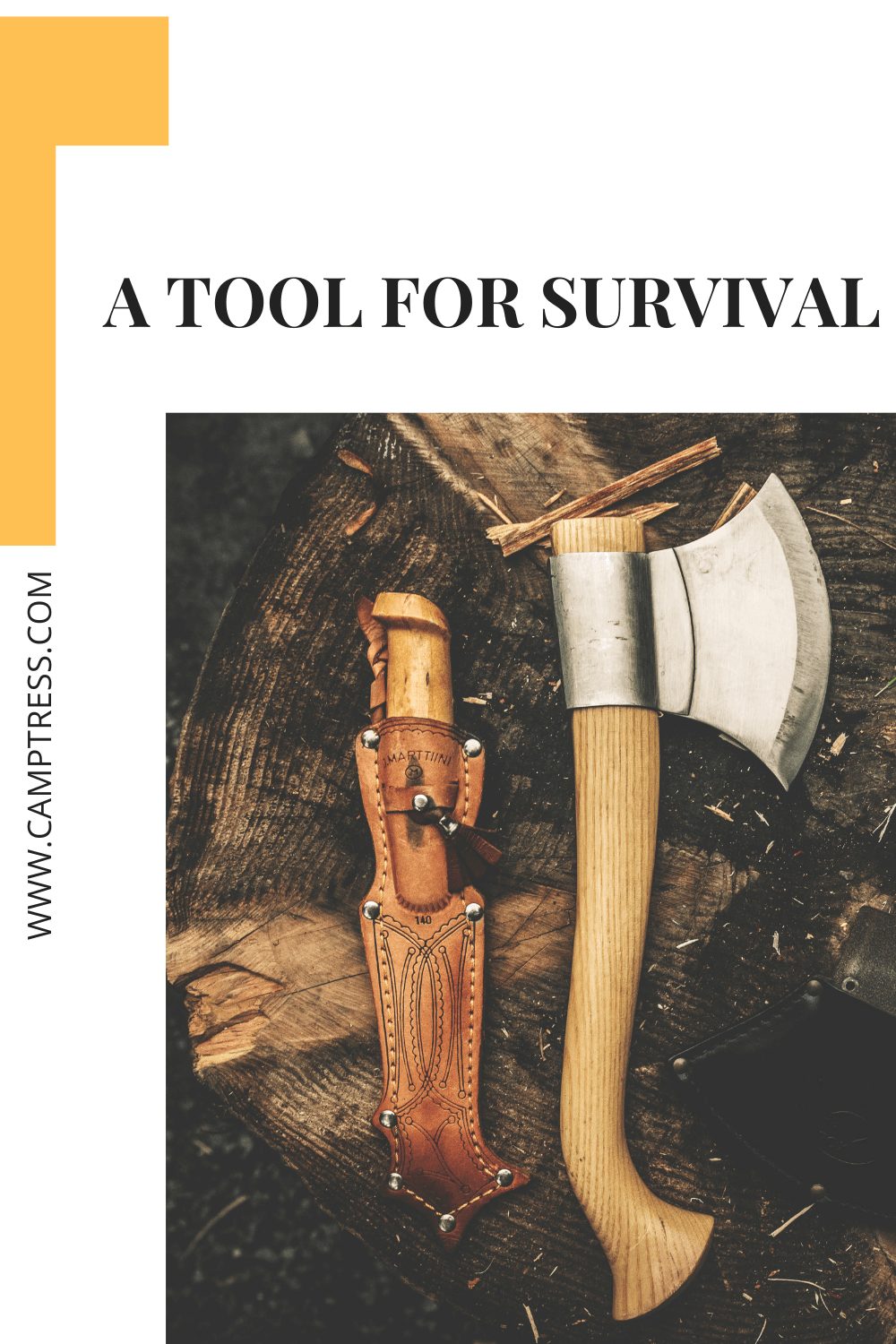 Anyone who has seen that Castaway will know that carrying a knife around while camping is important. While the movie was about a man stranded on an island, the general principle is still the same. Carrying a knife while camping more important than you think. You’ll need it for making a wood, fire, opening cans of food, and more.

Ask any seasoned camper, and they will tell you that a knife is the most important tool while camping. With it, you can trim twigs for kindling, fillet a fish, sharpen wooden sticks for reasons, and of course, use it as protection in severe emergency cases. Not that there will be any emergency cases unless you are camping someplace with a variety of wildlife.

In a hurry? You can be assured we only choose the best products... - Best Overall - RoverTac Pocket Knife - Best Axe - Schrade SCAXE10

Carrying a Knife while Camping

A knife is more than just a weapon. It is perhaps an important survival tool that changed the course of history when it was invented 4000 years ago. The early knives were made of sharp rocks or Flint which didn’t make much for cutting. The first metallic knives had symmetrical double-edged shape. It was later during the Bronze Age when the first single-edged knife was created.

As before, a knife is a survival tool. The usage of this tool depends on the person wielding it. now whether you are allowed to carry a knife while camping depends on the laws of the state you are in. for instance, in some nations you cannot carry a combat knife, but a switchblade or a Swedish pocket knife is fine.

An example of state laws regarding knives is the Switchblade Knife Act of 1958 in the United States. This law puts a ban on the sale or possession of switchblades, or other ballistic blades. This law was redefined later on and stated any foldable blade was considered as switchblades. The redefined version of this law allowed the possessions of a common pocketknife. So there is that.

When camping, a standard pocketknife can help in a variety of things. You can use a pocketknife for opening food cans, filleting fishes, shaving, or making firewood, and cutting out the poisoned area if someone was bitten by a rattlesnake.

The chances of a camper getting bitten by a poisonous snake are low, but never zero. If you are a frequent camper then you are well aware that one of the many ways to stop the poison by a snake is by cutting the area, sucking the blood out, and then cauterizing the wound with a heated knife.

If by a stroke of luck you were to wander off exploring the areas while camping, you would be wise to make sigils or markings on trees so you remember your path, and don’t walk around in circles. A knife can be a handy tool while camping.

Preparing food, and performing other cooking tasks such as opening packages, and or peeling fruit items is one of the reasons for carrying a knife. Preparing fire is also another useful task that can be done with a knife. Although the results won’t be easy, you can use a knife as a striker to start a fire by rubbing it against a ferrocerium rod.

A knife can help when administrating a first aid kit for cutting off moleskin or cauterizing an infesting wound, or as gauze pads to fit a wound. Other times a knife can come as a handy tool when cutting off tree branches, collecting wood, or cutting knots, and setting tarps.

You don’t need to carry any special kind of knife when camping as the movies would lead you to believe. A common pocketknife or a switchblade is just enough. Although even a multi-tool device is an appropriate device as it has all the functions of nearly every valuable camping device such as can openers, and scissors even. A multi-tool includes a knife as well. Whether the knife section is sharp enough is a different story.

If you carry a bigger knife that’s good enough as well. Some of the camping tasks such as making shelter, furniture, and other woodworking projects along with fire crafting, splitting wood, creating a bow drill, or even bushcraft projects, are easier to carry out with a bigger knife.

For instance, in England, you cannot carry any object that can be deemed as a sharp blade in public. You can however carry a folding blade as long as the cutting edge is less than 3 inches. In fact, there are laws that also clarify the type of knives being carried. For example, a sharp knife that doesn’t fold is illegal to have on a person. That also includes a flimsy butter knife that has all edge yet no point which can be baffling to some people.

Of course for camping purposes, there are no restrictions for carrying a knife. You never know when you will have an emergency and need to protect yourself with a knife. Unaware campers can be jumped by a pack of wild dogs, or in rare cases even a bear. However, wildlife animals are not be concerned with as animals would mostly avoid getting close to a gathering of humans, the concern is regarding bandits or groups of thieves. In such cases, it’s good to have a knife around.

Now that we have established the importance of carrying knives while camping, it is time to understand which type of knife is more suitable for camping. Any expert at a store will be glad to assist you in choosing the right knife for your camping trip, but is it important to know what you should expect.

A multi-tool as you know has numerous other uses to it as it has the function of almost every basic camping tool such as scissors, screwdrivers, bottle openers, can openers, and a knife too. That alone puts a multi-tool on a higher level than a common knife. However, the knife part of a multi-tool is quite flimsy and weak. In fact, the knife in a multi-tool can cut a rope, but it is not strong enough to cut through wood as a common knife would. So it is advisable to carry a strong knife.

A switchblade or a fixed knife. That depends on the context. If you like to stay at a campsite then a foldable knife is good. However, seasoned campers will know that a fixed knife has more pros in maintenance terms. For instance, a fixed blade is cleaner and has more strength, and in the right hands, it is a safer tool to have around. Fixed blades are also perfect for cutting through wooden planks at the campsite. However, a good foldable blade with a strong edge can do all of that as well, and it can fold.

You shouldn’t use big knives for small tasks that can be easily performed with smaller knives. In the wrong hands, you can hurt others or yourself by accident if not careful. Therefore, a medium-sized blade is preferable.